This item is an *" X 10",black and white photo of actor James Mason and Joan Hackett in a scene from the 1973 Movie-"The Last Of Sheila".This suspense drama features an all-star cast, including Richard Benjamin, Dyan Cannon, James Coburn, James Mason, Ian McShane, and Raquel Welch. An interesting production fact about the film: its screenplay was written by actor Anthony Perkins and lyricist/songwriter Stephen Sondheim. Their careers depend on keeping in the good graces of Clinton (James Coburn), a powerful movie producer. That is why a group of actors, director, agents and other movie professionals (who hate each other) accept an invitation to spend a week on the producer's yacht on the anniversary of his wife's untimely death in a hit-and-run car accident. Once on board, Clinton requires them to play a vicious game which involves each person's revealing a damaging secret about themselves or someone else in the party. When one of the secrets to be revealed involves the hit-and-run murder of his wife, the game turns fatal.The photo has been autographed on the front by James Mason and Joan Hackett................BOTH PHOTO AND AUTOGRAPHS ARE IN EXCELLENT CONDITION.......... 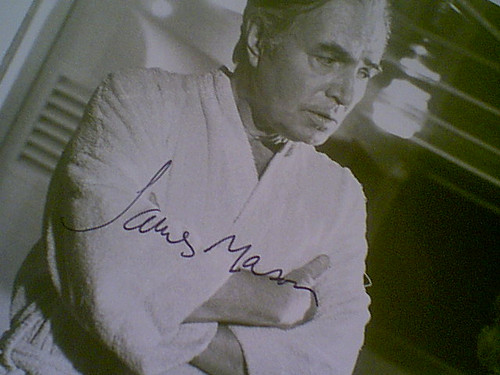