Jet Magazine-Jan. 13,1972-5 1/2" X 7 1/2"-66 pages. This vintage Jet Magazine-which originally sold for thirty five cents-features a color cover photo of Jesse Jackson. The magazine also features a four page article with photos on Jesse Jackson-"Will The SCLC Split Kill King's Dreams?". Jesse Louis Jackson, Sr. (born October 8, 1941) is an American civil rights activist and Baptist minister. He was a candidate for the Democratic presidential nomination in 1984 and 1988 and served as "shadow senator" for the District of Columbia from 1991 to 1997. He was the founder of both entities that merged to form Rainbow/PUSH. Representative Jesse Jackson, Jr. is his eldest son. The Jet Magazine has been autographed on the front cover by Jesse Jackson.......BOTH MAGAZINE AND AUTOGRAPH ARE IN VERY GOOD CONDITION........................ 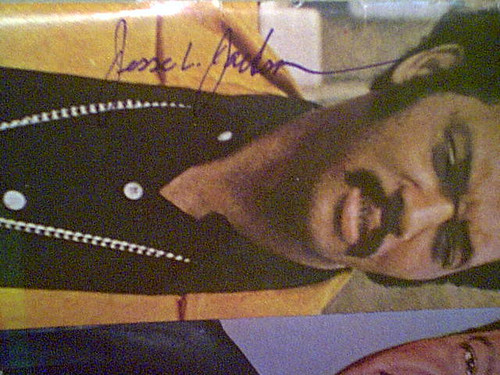