THIS IS AN AUTHENTICALLY AUTOGRAPHED PHOTO BY DAVID JANSSEN.. THIS IS A 7 INCH BY 9 INCH BLACK AND WHITE PHOTO SIGNED BY DAVID JANSSEN FROM REFLECTIONS. RELEASED IN 1975. HAS AN ATTACHED ORIGINAL DATED BYLINE ON OFFICIAL ABC STATIONARY EXPLAINING THE PHOTO AND GIVING DATE OF BROADCAST. CONDITION OF THE PHOTO AND AUTOGRAPH IS VERY GOOD. David Janssen (March 27, 1931  February 13, 1980) was a Golden Globe-winning Emmy Award- nominated American film and television actor who is best known for his starring role as Dr. Richard Kimble in the hit television series The Fugitive (19631967) with Barry Morse. 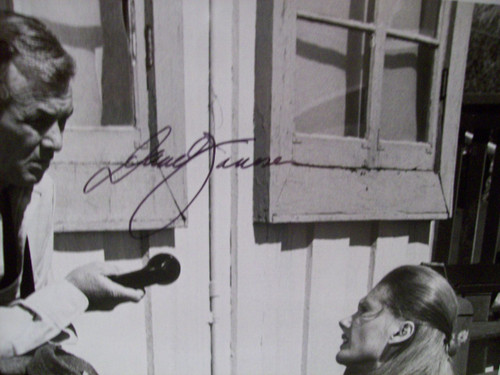