This is an authentically autographed Playbill by Anne Jackson and Eli Wallach... Playbill-1973-The Waltz of the Toreadors-Cover is signed by Anne Jackson and Eli Wallach, condition of the Playbill and autographs is VERY GOOD. Anne Jackson (born September 3, 1926) is an American actress of television, stage, and screen. Eli Herschel Wallach (born December 7, 1915) is an American film, television and stage actor, who gained fame in the late 1950s. For his performance in Baby Doll he won a BAFTA Award for Best Newcomer and a Golden Globe nomination. One of his most famous roles is that of Tuco in The Good, the Bad and the Ugly (1966). Other roles include his portrayal of Don Altobello in The Godfather Part III, Calvera in The Magnificent Seven, and Arthur Abbott in The Holiday. Wallach has received BAFTA Awards, Tony Awards and Emmy Awards for his work. 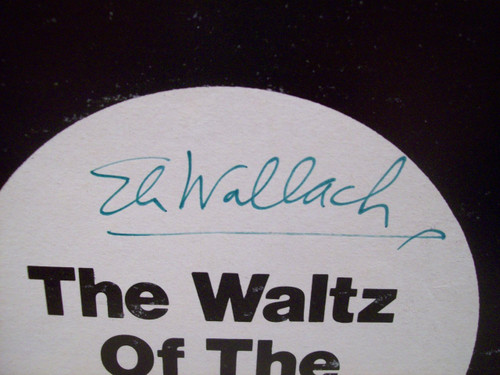