THIS IS AN AUTHENTICALLY AUTOGRAPHED LP BY BURL IVES.. BURL IVES SINGS, ALSO STARRING CHAD WILLIS AND THE BEACHSTONES(CORONET CX 271)PHOTO COVER IS SIGNED BY BURL IVES. TRACKS:ON TOP OF OLD SMOKY, JOHN HENRY, TAILOR AND THE MOUSE, TENOR DOODLE DOO, GOOBER PEAS, SWEET BETSY FROM PIKE, COWBOY'S LAMENT, CAMPTOWN RACES, RED RIVER VALLEY, LONESOME ROAD, YELLOW ROSE OF TEXAS, SWING LOW SWEET CHARIOT. CONDITION OF THE VINYL,COVER, AND AUTOGRAPH IS VERY GOOD. Burl Icle Ivanhoe Ives (14 June 1909 – 14 April 1995) was an Academy Award winning American actor and acclaimed folk music singer. He won the Oscar for Best Supporting Actor for his role in the movie The Big Country and was the voice of Sam the Snowman in the 1964 animated film Rudolph the Red-Nosed Reindeer; however, he is probably better remembered for his music. The prominent music critic John Rockwell has been quoted in the New York Times as saying that "Ives's voice... had the sheen and finesse of opera without its latter-day Puccinian vulgarities and without the pretensions of operatic ritual. It was genteel in expressive impact without being genteel in social conformity. And it moved people."[1]. He was really liked by various artists including Bob Dylan, Johnny Cash, Van Morrison and many other various artists. Many people loved the way he was a very kind, gentle, quiet man and he was loved by loads until his death in 1995. 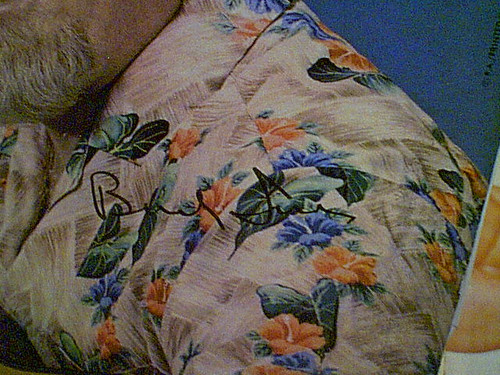