This item is an 8" X 10",black and white photo of the 1957 Movie-"Tarzan And The Lost Safari".Tarzan and the Lost Safari (1957) is an action adventure film featuring Edgar Rice Burroughs' famous jungle hero Tarzan and starring Gordon Scott, Robert Beatty, Yolande Donlan and Betta St. John. The movie was directed by H. Bruce Humberstone, and was the first Tarzan movie released in color, Eastman Color. It was also MGM's first Tarzan film since 1942 and filmed in Nairobi, British East Africa. The character of Jane does not appear in this motion picture.The photo has been autographed by Wilfred Hyde White George Coulouris Yolande Donlan...BOTH PHOTO AND AUTOGRAPHS ARE IN VERY GOOD CONDITION. 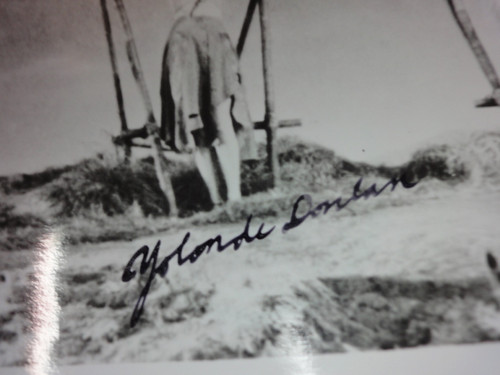