This is an authentically autographed photo by William Hurt... This is a 8 inch by 10 inch black and white photo signed by William Hurt, condition of the photo and autograph is VERY GOOD. William M. Hurt (born March 20, 1950) is an American actor. He received his acting training at the Juilliard School, and began acting on stage in the 1970s. Hurt made his film debut as a troubled scientist in the science fiction feature Altered States (1980), for which he received a Golden Globe nomination for New Star of the Year. He subsequently landed the leading role as a sleazy lawyer in the well-received film noir Body Heat (1981). 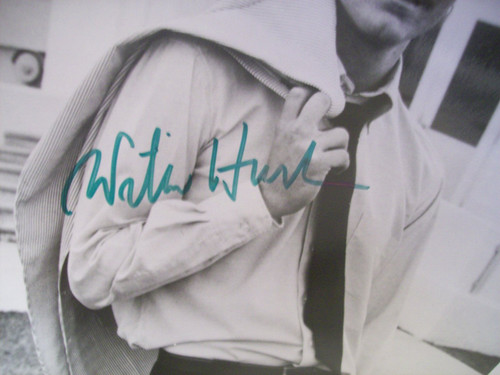