The Hudson Brothers were an American musical group formed in Portland, Oregon, consisting of brothers Bill Hudson, Brett Hudson and Mark Hudson. They were discovered by a record producer while recording music at a local studio, and offered a recording contract. After releasing several garage rock singles in the late 1960s as The New Yorkers, the group began releasing material under the names Everyday Hudson, and Hudson. They garnered fame as teen idols in the 1970s after their primetime series debuted as a Summer replacement for The Sonny & Cher Comedy Hour in 1974. The resulting popularity led to their Saturday-morning half-hour sketch comedy series for CBS, The Hudson Brothers Razzle Dazzle Show, which ran from 1974 to 1975. They also released numerous hit singles during this time for producer Bernie Taupin, including "So You Are a Star" (1974), "Rendezvous" (1975), "Lonely School Year" (1975), and "Help Wanted" (1976). The LP has been atuographed on the front cover by Bill Hudson,Mark Hudson and Brett Hudson.........................BOTH LP AND AUTOGRAPHS ARE IN EXCELLENT CONDITION. RECORD FEATURES THE ORIGINAL INNER SLEEVE PLUS A LYRIC SHEET POSTER WITH COLOR PHOTOS. 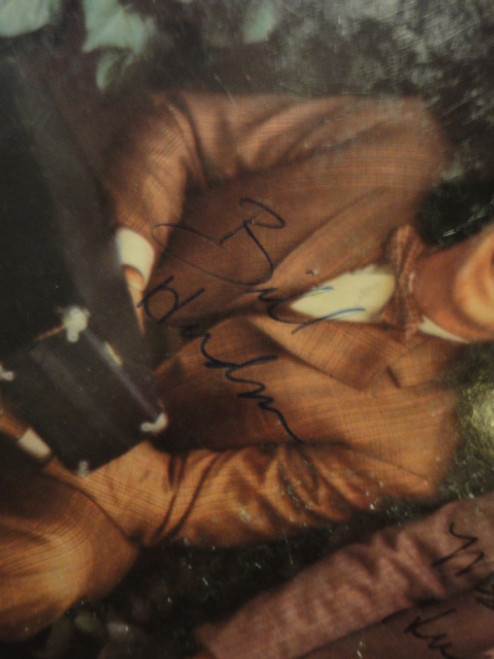