This is an authentically autographed magazine by Chet Huntley and David Brinkley.. TV Guide-July 1967-Photo cover is signed by Chet Huntley and David Brinkley, condition of the magazine and autographs is VERY GOOD David McClure Brinkley (July 10, 1920  June 11, 2003) was an American newscaster for NBC and ABC in a career spanning from 1943 to 1997. From 1956 through 1970, he co-anchored NBC's top rated nightly news program, The HuntleyBrinkley Report, with Chet Huntley and thereafter appeared as co-anchor or commentator on its successor, NBC Nightly News, through the 1970s. In the 1980s and 1990s, Brinkley was host of the popular Sunday This Week with David Brinkley program and a top commentator on election night coverage for ABC News. Over the course of his career, Brinkley received ten Emmy Awards, three George Foster Peabody Awards, and the Presidential Medal of Freedom.[1] Chester Robert "Chet" Huntley (December 10, 1911  March 20, 1974) was an American television newscaster, best known for co-anchoring NBC's evening news program, The Huntley-Brinkley Report, for 14 years beginning in 1956. 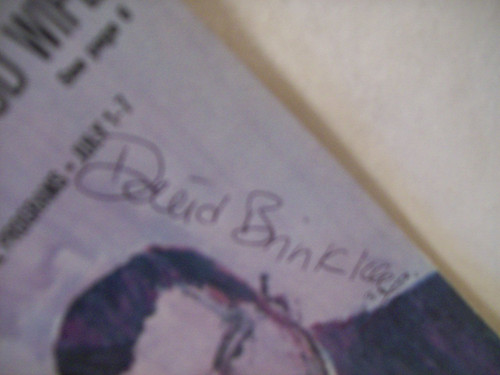