THIS IS AN AUTHENTICALLY AUTOGRAPHED LP BY STANLEY HOLLOWAY... STANLEY HOLLOWAY AND ALMA COGAN IN LIONEL BART'S OLIVER!(CAPITOL STEREO ST 1784)THE NEW ENGLISH MUSICAL. COVER IS SIGNED BY STANLEY HOLLOWAY. CONDITION OF THE VINYL,COVER, AND AUTOGRAPH IS VERY GOOD. Stanley Augustus Holloway (1 October 1890 - 30 January 1982) was an English actor and entertainer famous for his comic and character roles on stage and screen, especially that of Alfred Doolittle in My Fair Lady. He was also renowned for his recordings of comic monologues. In the 19621963 television season, Holloway placed the lead role of the English butler in the ABC situation comedy series Our Man Higgins, with co-stars Audrey Totter and Frank Maxwell. 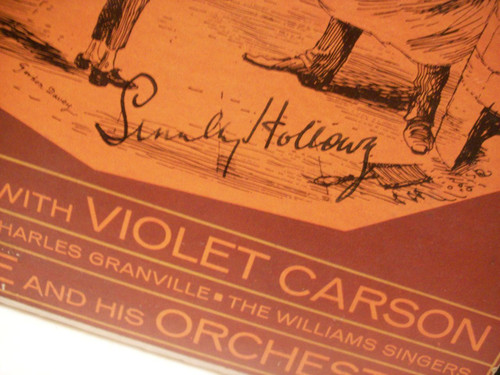