Playbill for The New York City Center-The New York City Opera-1961-"The Wings Of The Dove"-6" X 9"-23 pages-theatre program. This vintage Playbill features an article with drawings on Al Hirschfeld.Hirschfeld, Al (Albert Hirschfeld), 19032003, American graphic artist, b. St. Louis. He and his family moved to New York City when he was 12, and he studied art there and in Paris. A master of line, Hirschfeld is famous for his witty, perceptive, and joyful caricatures of celebrities from the theater and other arts. Many of of these appeared, from 1926 on, in the New York Times. His work is represented in the collections of the Whitney Museum, Museum of Modern Art, and Metropolitan Museum of Art, all in New York City. Hirschfeld also wrote and illustrated several books.The Playbill has been autographed on the front cover by Al Hirschfeld with a fountain pen in blue...........BOTH PLAYBILL AND AUTOGRAPH ARE IN VERY GOOD CONDITION......... 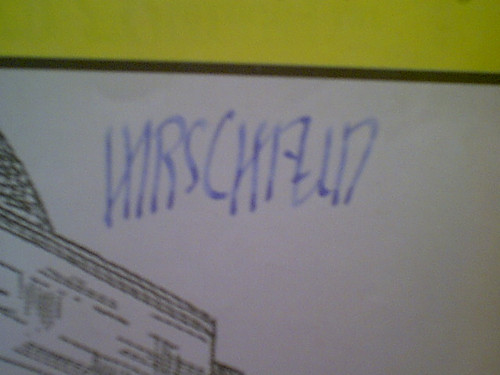