THIS IS AN AUTHENTICALLY AUTOGRAPHED PHOTO BY ROBERT HAYS... THIS IS A 7 INCH BY 9 INCH BLACK AND WHITE PHOTO SIGNED BY ROBERT HAYS. HAS ORIGINAL DATED BYLINE ON CBS STATIONARY. CONDITION OF THE PHOTO AND AUTOGRAPH IS VERY GOOD. Robert Hays (born July 24, 1947) is an American actor. He is well known for his role in the 1980 movie Airplane! and in the 1982 sequel Airplane II: The Sequel as Ted Striker. 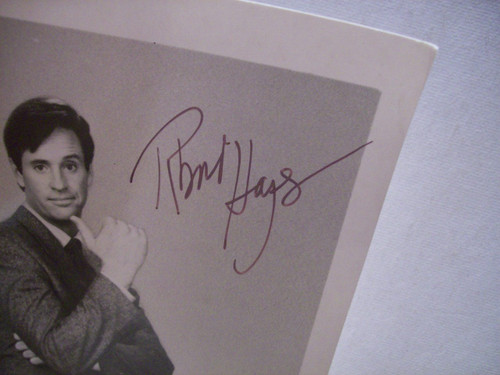