This is an authentically autographed Playbill by Rex Harrison... Playbill-The Love of Four Colonels-1953-Photo cover is signed by Rex Harrison, condition of the magazine and autograph is VERY GOOD Sir Reginald Rex Carey Harrison (5 March 1908  2 June 1990) was an English actor of stage and screen. Harrison won both an Academy Award and a Tony Award. 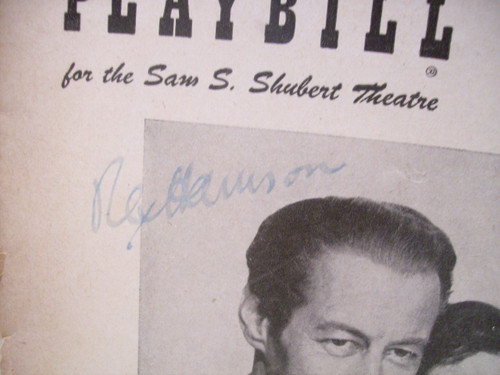