This item is a 4" X 5 1/2" color photo card from Italy featuring Alex Harvey. The color photo card is from 1973 and is part of a series called "Picture Pop '73". The card is number 83 in a series.Alexander James "Alex" Harvey (5 February 1935 – 4 February 1982) was a Scottish blues/rock musician. Although Harvey's career spanned almost three decades he is best remembered as the frontman of The Sensational Alex Harvey Band, with whom he built a reputation as an exciting live performer during the era of glam rock in the 1970s.The photo trading card has been autographed on the front by Alex Harvey..............BOTH PHOTO CARD AND AUTOGRAPH ARE IN VERY GOOD CONDITION. 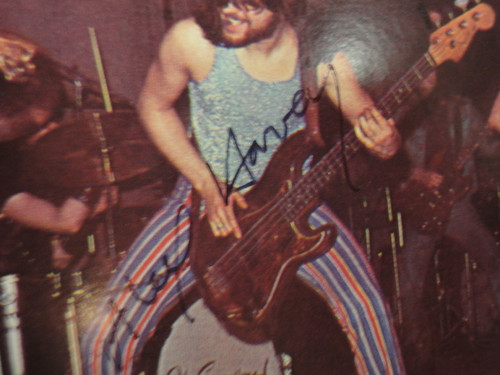