Playfare Volume 3-1971-"Charlie Was Here And Now He's Gone"-starring Robert Guillaume-6" X 9"-22 pages-theatre program.Robert "Bob" Guillaume (born November 30, 1927) is an American stage and television actor, best known for his role as Benson Du Bois on the TV-series Soap and the spin-off Benson, voicing the mandrill Rafiki in The Lion King and as Isaac Jaffe on Sports Night. In a career that has spanned more than 50 years he has worked extensively on stage (including a Tony Award nomination), television (including winning two Emmy Awards), and film.The program has been autographed on the front cover by Robert Guillaume......BOTH PROGRAM AND AUTOGRAPH ARE IN VERY GOOD CONDITION. 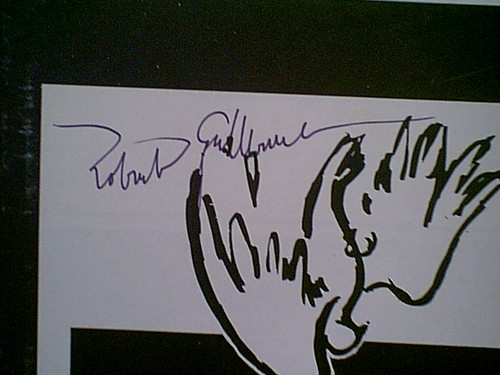