THIS IS AN AUTHENTICALLY AUTOGRAPHED LP BY TAMMY GRIMES... THE UNSINKABLE MOLLY BROWN(CAPITOL WAO 1509)ORIGINAL BROADWAY CAST. RELEASED IN 1960. COVER IS SIGNED BY TAMMY GRIMES. CONDITION OF THE VINYL,COVER, AND AUTOGRAPH IS VERY GOOD. The Unsinkable Molly Brown is a musical with music and lyrics by Meredith Willson and book by Richard Morris. The musical tells a fictionalized version of the life of Margaret Brown, who survived the sinking of the RMS Titanic, and her wealthy miner-husband. The musical was directed by Dore Schary with choregraphy by Peter Gennaro. It opened on Broadway starring Tammy Grimes and Harve Presnell at the Winter Garden Theatre on November 3, 1960, and closed on February 10, 1962, after 532 performances and 1 preview. Debbie Reynolds and Harve Presnell starred in a national tour 1989-1990, playing cities from New Haven to Seattle. (New York Times, June 11, 1989 and October 1, 1989) A film adaptation was released in 1964 starring Debbie Reynolds and Harve Presnell. 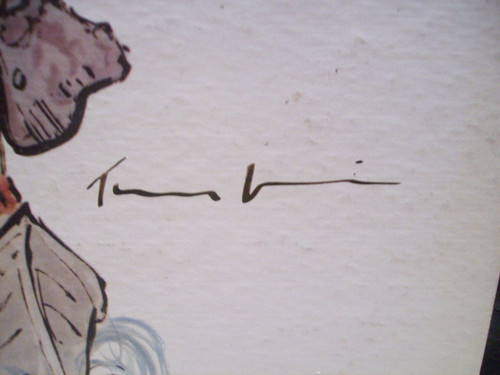