This item is an 8" X 10",black and white photo of actress Lee Grant. The photo comes with a COA.Lee Grant is an American stage, film and television actress, and film director. She was blacklisted for 12 years from film work beginning in the mid-1950s, but worked in the theatre, and would eventually win the Academy Award for Best Supporting Actress for her performance as Felicia Karpf in Shampoo (1975).The photo has been autographed on the front by Lee Grant.................BOTH PHOTO AND AUTOGRAPH ARE IN VERY GOOD CONDITION. 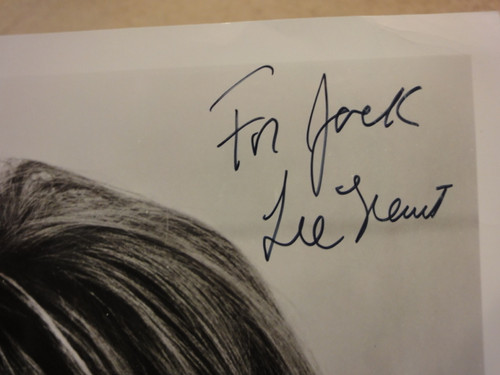