This is an authentically autographed program by Louis Gossett Jr... This is a theater program for 'Murderous Angels', signed by Louis Gossett. Condition of the program and autograph is VERY GOOD. Louis Cameron Gossett, Jr. (born May 27, 1936) is an American actor best known for his role in An Officer and a Gentleman (for which he won Best Supporting Actor as the tough-as-nails Sergeant Emil Foley). He was the first African-American male to win an Oscar in a supporting role; the second black male to win for acting; and, the third African-American actor to win overall. Gossett subsequently appeared in many feature films such as The Principal, The Deep, Jaws 3-D, The Guardian, in a film career that spans over three decades. 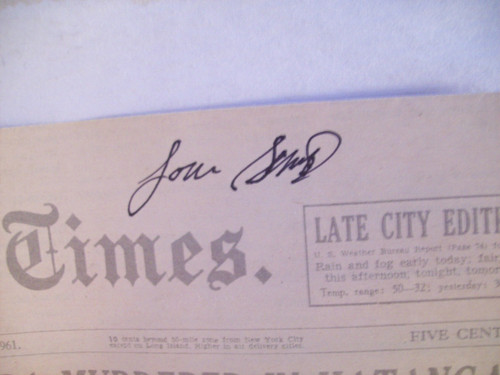