This is an authentically autographed TV Guide by Arthur Godfrey... TV Guide-1959-Photo cover is signed by Arthur Godfrey, condition of the TV Guide and autograph is VERY GOOD. Arthur Morton Godfrey (August 31, 1903  March 16, 1983) was an American radio and television broadcaster and entertainer who was sometimes introduced by his nickname, The Old Redhead. No television personality of the 1950s enjoyed more clout or fame than Godfrey until an on-camera incident undermined his folksy image and triggered a gradual decline; the then-ubiquitous Godfrey helmed two CBS-TV weekly series and a daily 90-minute television mid-morning show through most of the decade but by the early 1960s found himself reduced to hosting an occasional TV special. Arguably the most prominent of the medium's early master commercial pitchmen, he was strongly identified with many of his many sponsors, especially Chesterfield cigarettes (Liggett & Myers) and Lipton Tea.[1] After many years for Chesterfield during which Godfrey came up with the idea and slogan "Buy 'em by the carton", he severed the relationship during one of his television programs, when his doctors convinced him that his cancer was due to smoking. Subsequently he became a prominent spokesman for anti-smoking education. 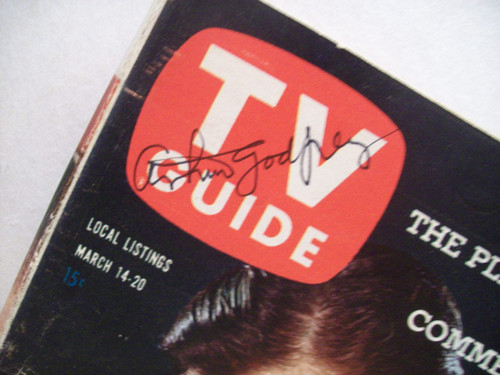