THIS IS AN AUTHENTICALLY AUTOGRAPHED PHOTO BY GIL GERARD... THIS IS A 8 INCH BY 10 INCH BLACK AND WHITE PHOTO SIGNED BY GIL GERARD. HAS ORIGINAL TYPED AND DATED BYLINE ON CBS STATIONARY. CONDITION OF THE PHOTO AND AUTOGRAPH IS VERY GOOD. Gilbert "Gil" Gerard (born January 23, 1943) is an American actor. He is most famous for his role as Captain William "Buck" Rogers in the 1979-1981 television series Buck Rogers in the 25th Century. 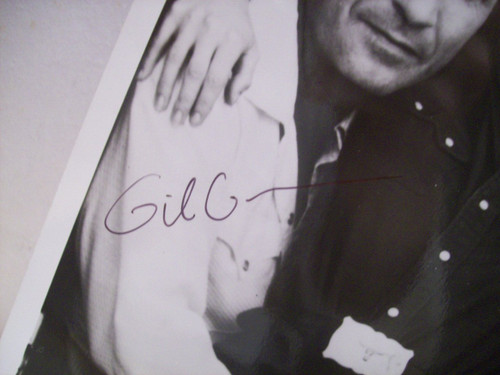