This item is a 12" X 12",color lithograph photo of Malcolm Fraser.John Malcolm Fraser AC, CH, GCL, PC (born 21 May 1930) is a former Australian Liberal Party politician who was the 22nd Prime Minister of Australia. He came to power in the 1975 election following the dismissal of the Whitlam Labor government, in which he played a key role. After three election victories, he was defeated by Bob Hawke in the 1983 election and ended his career alienated from his own party.The color lithograph photo has been autographed on the front by Malcolm Fraser...............BOTH PHOTO AND AUTOGRAPH ARE IN VERY GOOD CONDITION. 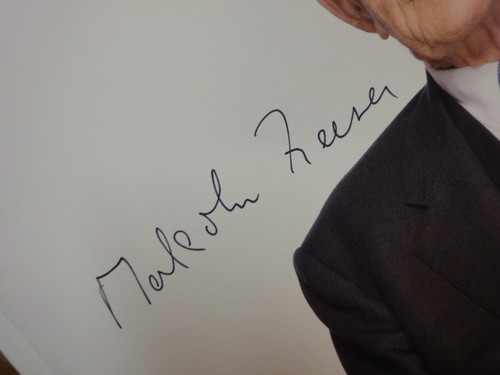