THIS IS AN AUTHENTICALLY AUTOGRAPHED LP BY DAVID FROST... DAVID FROST(XCTV UH 101) ON NURSING. PHOTO COVER IS SIGNED BY DAVID FROST. TRACKS:WHATS WRONG IN NURSING, WHATS BEING DONE TO IMPROVE THE NURSING PROFESSION. CONDITION OF THE VINYL,COVER, AND AUTOGRAPH IS VG PLUS. Sir David Paradine Frost, OBE (born 7 April 1939) is a British satirist, writer, journalist and television presenter, best known as a pioneer of political satire on television and for his serious interviews of political figures, the most notable being the interviews with Richard Nixon. As of 2007, he hosts the weekly programme Frost Over The World, on Al Jazeera English. Frost fronted a number of programmes following the success of TW3, including its immediate successor, Not So Much a Programme, More a Way of Life, which he co-chaired with Willie Rushton and P. J. Kavanagh. More notable was The Frost Report (1966-67), which launched the television careers of John Cleese, Ronnie Barker and Ronnie Corbett. He signed for Rediffusion, the ITV weekday contractor in London, to produce a "heavier" interview-based show called The Frost Programme. Guests included Sir Oswald Mosley and Rhodesian premier Ian Smith (Frost accused him of denying promotion to black members of Rhodesia's army, navy and air force, only to be told by Smith that landlocked Rhodesia didn't have a navy). His memorable dressing-down of insurance fraudster Emil Savundra was generally regarded as the first example of "trial by television" in the UK. In 1963 a tribute to the recently assassinated President John F. Kennedy on That Was The Week That Was had seen Frost's fame spread to the USA. His show Frost On America featured guests such as Jack Benny, Tennessee Williams and, in 1977, Richard Nixon in a series of interviews for American television. These interviews culminated in a discussion of Watergate, when Nixon famously avowed that whatever the President did was legal and in Nixon's admission that he had let the American people down. Many regard this interview as taking the place of the trial that Nixon (whom President Ford pardoned) never had. That same year he was the executive producer of the Academy Award-nominated The Slipper and the Rose. Frost was an organiser of the Music for UNICEF Concert at the United Nations General Assembly in 1979. Ten years later, Frost was hired as the anchor of the new American tabloid news program Inside Edition, but was replaced after only three weeks by future Fox News personality Bill O'Reilly. During the 1990s, he presented the panel game Through the Keyhole, which featured a long running partnership with Loyd Grossman. After transferring from ITV, his Sunday morning interview programme Breakfast with Frost ran on the BBC from January 1993 until 29 May 2005. The programme originally began in this format on TV-am in September 1983 as Frost on Sunday and ran till the station lost its franchise at the end of 1992. Later it transferred briefly to BSB before moving to the BBC. Frost was instrumental in starting up two important TV franchises: LWT in 1967, and as one of the Famous Five who launched TV-am in February 1983. On 20 and 21 July, 1969, during the British television Apollo 11 coverage, he presented David Frost's Moon Party for LWT, a ten hour discussion and entertainment marathon from LWT's Wembley Studios, on the night Neil Armstrong walked on the moon. Two of his guests on this marathon programme were the unlikely combination of British historian A.J.P. Taylor and Sammy Davis, Jnr. Taylor was sceptical about the proceedings and believed that the moon landing was actually a mock-up being broadcast from a Hollywood studio. [5] He started a production company called David Paradine Productions and was also part of a consortium with Richard Branson which failed to acquire three ITV franchises under the CPV-TV name. Frost is the only person to have interviewed all six British prime ministers serving between 1964 and 2007 (Harold Wilson, Edward Heath, James Callaghan, Margaret Thatcher, John Major and Tony Blair) and the seven US presidents in office between 1969 and 2008 (Richard Nixon, Gerald Ford, Jimmy Carter, Ronald Reagan, George H.W. Bush, Bill Clinton and George W. Bush). He was also the last person to interview Mohammad Reza Pahlavi, the last Shah of Iran. He is a patron and former vice-president of the Motor Neurone Disease Association charity, as well as being a patron of the Alzheimer's Research Trust, East Anglia's Children's Hospices, the Home Farm Trust and the Elton John Aids Foundation.[6][7] After having been in television for 40 years, Frost is worth £20 million.[8] This valuation includes the assets of his main British company and subsidiaries, plus homes in London and the country. He received a fellowship from BAFTA in 2005, the highest accolade that the academy gives. As of November 2008, he works for Al Jazeera English, presenting a live weekly hour-long current affairs programme, Frost Over The World, which started when the network launched in November 2006. The programme has regularly made headlines with interviewees such as Tony Blair, President Omar al-Bashir of Sudan, Benazir Bhutto and President Daniel Ortega of Nicaragua. 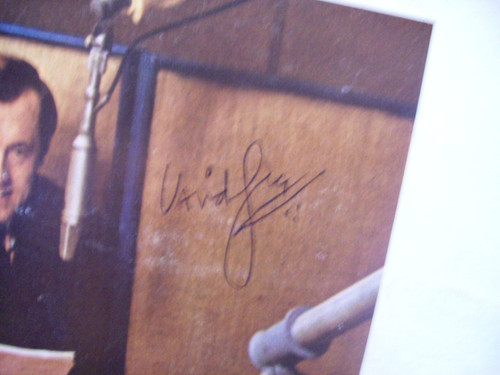