THIS IS AN AUTHENTICALLY AUTOGRAPHED LP BY PHIL FOSTER... PHIL FOSTER(EPIC LN 3632)AT GROSSINGER'S [RECORDED ON LOCATION]. PHOTO COVER IS SIGNED BY PHIL FOSTER. CONDITION OF THE VINYL,COVER, AND AUTOGRAPH IS VERY GOOD. He was born in Brooklyn, New York as Fivel Feldman. He took his stage name's surname from Foster Avenue in Brooklyn. He had his first taste of performing when he was a child, when he and his pals began singing and dancing in front of movie theatres. Then he began appearing in amateur shows, competing for prizes. With him on occasion was another beginner named Jackie Gleason. At the height of the Great Depression, he started in the dramatic field, playing in halls, back rooms and wherever possible during a period when theatres weren't available. "We did all sorts of plays, including all of Clifford Odets' early works  for $28 to $35 a week, living three in a room eating  if there was any food around" he recalls. Foster made his debut as a night club comic in Chicago in the late 1930s when he was pushed out on the floor suddenly to fill in for a stand-up comic. "I just got up and talked," he says. "I didn't know you were supposed to have an act. But I was offered the job at $125 a week." He always intended to go back to acting, but, staying with the money, he rapidly made a reputation in night clubs and found himself in constant demand from New York to Birmingham to Seattle. During World War II, Foster served in the US Army. Upon his discharge, he returned to New York and become a variety show favorite with an act comprised of stories based on his curious childhood in Brooklyn. During the 1950s Foster made several comedy short subjects for Universal-International as "Brookyn's Ambassador to the World". Because of his popularity he was chosen by George Pal to be one of the military space crewman on a trip to Mars in The Conquest of Space. It was Garry Marshall, an old friend whom he helped get started as a comedy writer for Joey Bishop and other entertainers, who lured him again to Hollywood, first to appear in The Odd Couple and then to co-star in Laverne & Shirley. Other television appearances by Foster include guest-starring roles in Ten-Four Productions' telefilm The Great American Traffic Jam and on NBC-TV's Games People Play. Foster also had several return visits to The Ed Sullivan Show and Toast of the Town along with The Tonight Show with Johnny Carson, Love Boat, and The Patty Duke Show. He also worked in film, notably Bang the Drum Slowly. He also recorded a handful of live stand-up comedy albums. Demonstrating his versatility, Foster embarked upon a literary career and completed a play and two story outlines. In addition to his club work, acting and writing chores, he also ran a workshop for young actor-comedians called The Foster Children. "They have new, fresh ideas and I love helping them get started," he said. "The only thing I ask in return is that when these youngsters are established, they help others on their way." Foster had two sons. He died in California in 1985, due to a myocardial infarction. 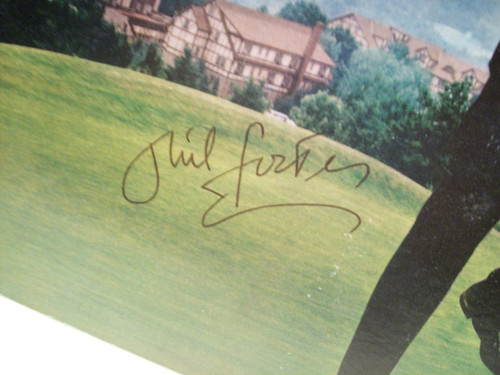