THIS IS AN AUTHENTICALLY AUTOGRAPHED PHOTO BY PETER FONDA... THIS IS A 7 INCH BY 9 INCH PHOTO SIGNED BY PETER FONDA. HAS ORIGINAL DATED TYPED BYLINE ON CBS STATIONARY. CONDITION OF THE PHOTO AND AUTOGRAPH IS VERY GOOD. Peter Henry Fonda (born February 23, 1940) is an American actor. He is the son of Henry Fonda, the brother of Jane Fonda, and the father of Bridget Fonda. Fonda is associated with Western counterculture of the 1960s, and the infomercial culture of the 2000s. 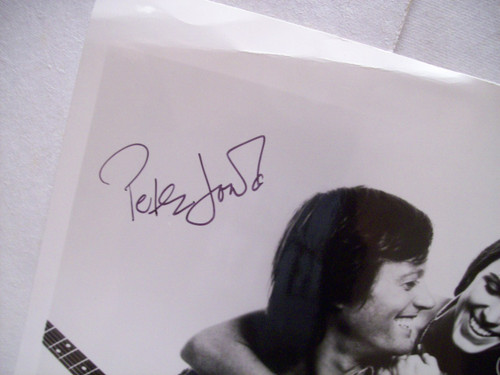