THIS IS AN AUTHENTICALLY AUTOGRAPHED SHEET MUSIC BY JANE FONDA AND CLIFF ROBERTSON... SUNDAY IN NEW YORK-LYRIC BY CARROL COATES-MUSIC BY PETER NERO-"SUNDAY IN NEW YORK"-STARRING CLIFF ROBERTSON, JANE FONDA, AND ROD TAYLOR-RELEASED IN 1964-PHOTO COVER IS SIGNED BY CLIFF ROBERTSON AND JANE FONDA-CONDITION OF THE SHEET MUSIC AND AUTOGRAPHS IS VERY GOOD. Sunday in New York is a 1963 American comedy film directed by Peter Tewksbury and starring Cliff Robertson, Jane Fonda, and Rod Taylor. The screenplay by Norman Krasna was adapted from his play which had been produced on Broadway the previous year. It was one of Fonda's earliest films, and she was called "the loveliest and most gifted of all our new young actresses" by Newsday. 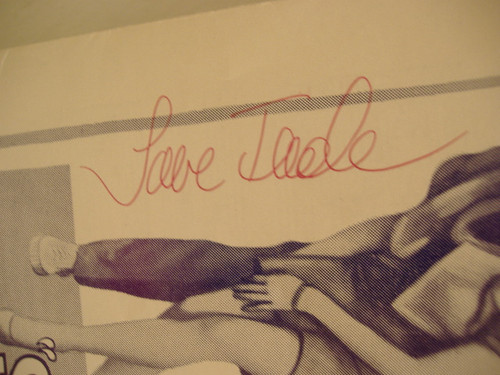