This item is a 9" X 9 1/2",black and white early lithograph photo of actor Henry Fonda. The lithograph photo has been mounted on a 9" X 9 1/2" piece of photography paper.Henry Fonda was one of America's most popular movie stars from the 1940s through the 1970s. Early in his career he was closely associated with director John Ford, starring in Ford movies including Young Mr. Lincoln (1939), The Grapes of Wrath (1940) and My Darling Clementine (1946). After serving in the Navy in World War II Fonda began three decades of work as an American icon, often playing modest, fundamentally decent heroes in movies like Mister Roberts (1955, co-starring Jack Lemmon) and Twelve Angry Men (1957). He capped his career with his first Best Actor Oscar for On Golden Pond (1981, opposite screen legend Katharine Hepburn). Fonda is the father of actors Jane Fonda and Peter Fonda and the grandfather of actress Bridget Fonda.The photo has been autographed on the front by Henry Fonda with a fountain pen in black.............BOTH LITHOGRAPH PHOTO AND AUTOGRAPH ARE IN VERY GOOD CONDITION....................... 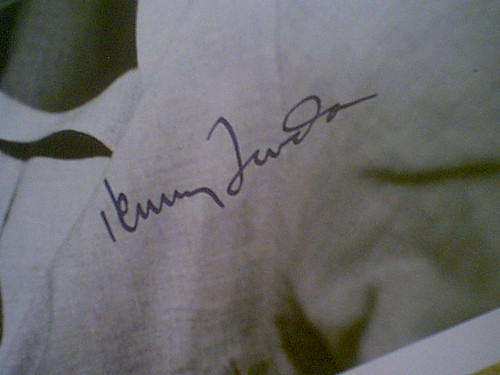