THIS IS AN AUTHENTICALLY AUTOGRAPHED PHOTO BY DICK FORAN.. THIS IS AN 8 INCH BY 10 INCH BLACK AND WHITE PHOTO BY DICK FORAN. CONDITION OF THE PHOTO AND AUTOGRAPH IS VERY GOOD. John Nicholas 'Dick' Foran (June 18, 1910 – August 10, 1979) was an American actor, known for his performances western musicals and for playing supporting roles in dramatic pictures. Foran was born in Flemington, New Jersey, the first of five sons to Arthur F. and Elizabeth Foran. His father Arthur F. Foran would go on to serve in the New Jersey Senate, as would his younger brother, Walter E. Foran. Foran was a bright student while growing up, a good athlete in high school with a fine singing voice and often sang in the church choir. After graduation he attended the Hun School, a college preparatory school in nearby Princeton, and then enrolled at Princeton University pursuing a degree in geology. He played on the football team while taking courses in the arts where he develop an interest in the theater. After becoming a lead singer in a band, Foran was hired by Warner Bros. as a supporting actor. He would also croon when called upon in films such as Change of Heart (1934) with Janet Gaynor made for Fox Film Corporation. His handsome appearance and good natured personality made him a natural choice for the supporting cast. His first starring role was in Treachery Rides the Range. 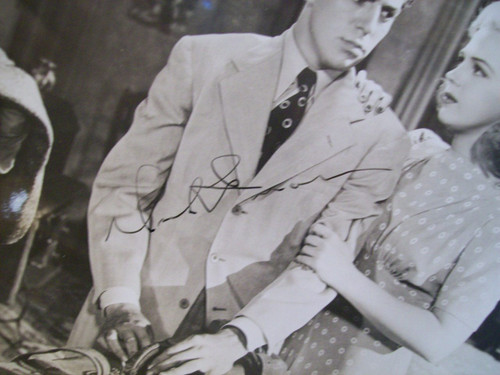