The Philadelphia Inquirer TV Week-January 23,1972-magazine. This tv listings magazine features a color cover photo of Peggy Fleming plus and article with photos.Fleming, Peggy, 1948, American ice skater, b. San Jose, Calif. She began skating at age 9, and after distinguished accomplishments as a juvenile and novice skater, she was U.S. Ladies Champion from 1964 to 1968, Olympic champion in 1968, and World Champion in 1966, 1967, and 1968. In 1968 she became a professional ice skater; she retired in 1976. Her style was marked not only by superb technical control but also by an exceptional sense of music and dance. Since retiring from figure skating, she has worked as a skating commentator on television. The TV Week has been autographed on the front by Peggy Fleming.............BOTH TV Week and autograph are in very good condition............ 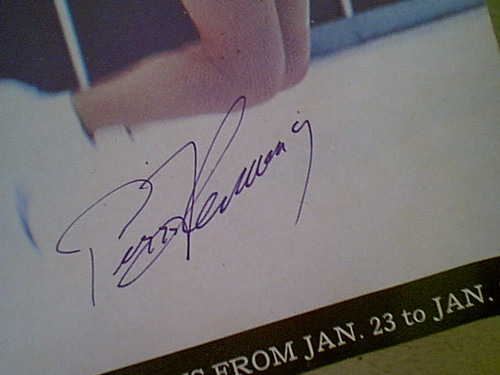