THIS IS AN AUTHENTICALLY AUTOGRAPHED PLAYBILL BY HARVEY FIERSTEIN... PLAYBILL-1982-CRIMES OF THE HEART-COVER IS SIGNED BY HARVEY FIERSTEIN-CONDITION OF THE PLAYBILL AND AUTOGRAPH IS VERY GOOD. Harvey Forbes Fierstein (born June 6, 1952) is an American actor and playwright, noted for the early (1982) distinction of winning Tony Awards for both writing and playing the lead role in his long-running play Torch Song Trilogy, about a gay drag-performer and his quest for true love and family. He has since effectively become an unofficial, ubiquitous celebrity spokesperson and champion for gay civil rights. 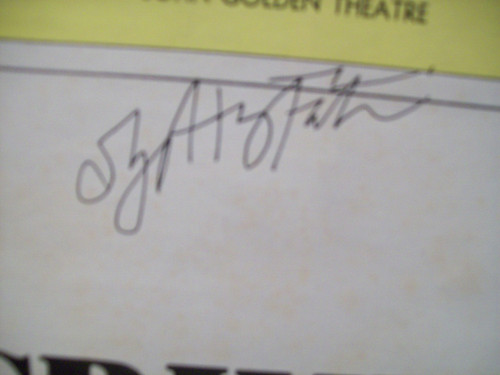