This item is a 12" X 12",color lithograph photo of Garret Fitzgerald.Garret FitzGerald (9 February 1926  19 May 2011)was an Irish politician who was twice Taoiseach of Ireland, serving in office from July 1981 to February 1982 and again from December 1982 to March 1987. FitzGerald was elected to Seanad Éireann in 1965 and was subsequently elected to Dáil Éireann as a Fine Gael TD in 1969. He served as Foreign Affairs Minister from 1973 to 1977. FitzGerald was the leader of Fine Gael between 1977 and 1987.He was the son of Desmond FitzGerald, the first Minister for External Affairs of the nascent Irish state following independence from the United Kingdom in 1922. At the time of his death, FitzGerald was the President of the Institute of International and European Affairs, had a column in The Irish Times and occasionally made appearances on television programmes. He was Vice-President of the Railway Preservation Society of Ireland for his last 20 years.The color lihtograph photo has been autographed on the front by Garret Fitzgerald.............BOTH PHOTO AND AUTOGRAPH ARE IN VERY GOOD CONDITION. 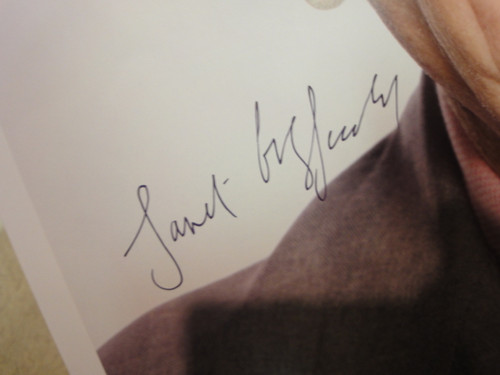