THIS IS AN AUTHENTICALLY AUTOGRAPHED PHOTO BY FARRAH FAWCETT... THIS IS A EIGHT INCH BY TEN INCH COLOR PUBLICITY PHOTO SIGNED BY FARAH FAWCETT. CONDITION OF THE PHOTO AND AUTOGRAPH IS EXCELLENT. Farrah Leni Fawcett (born February 2, 1947) is an American actress. She became a noted pop culture figure and sex symbol of the 1970s and into the 1980s, shaping the landscape of fashion and pop culture. The late 1960s and early 1970s saw Fawcett doing commercials and TV guest spots. In April 1976, a poster company Pro Arts Inc., that had started out making anti-war posters, started to hear about a young up-and-coming beauty named Farrah Fawcett doing Wella Balsam shampoo commercials.[3] They got in touch with her agent at the time, Rick Hersh, and arranged a photo shoot. Fawcett arranged to have Bruce McBroom, a freelance photographer that she worked with before, to do the shoot. McBroom took the pictures at Farrah's poolside Bel Air, California home. For the back drop, McBroom used the ratty old Indian Blanket covering his '37 Chevy car seat.[4] On September 22, 1976, the first episode of Fawcett playing the character Jill Munroe in the TV series Charlie's Angels was aired. Around the same time, her swimsuit poster was released. It went on to sell a still-unrivaled 12 million copies and she became known for her tousled mane, beautiful smile and enviable figure. Charlie's Angels went on to become a huge hit but after just one year Fawcett left the show. As settlement to a lawsuit stemming from her early departure, Fawcett appeared three more times as a guest star in each of seasons three and four. She was replaced on the show in 1977 by Cheryl Ladd (who portrayed her younger sister Kris). Farrah Fawcett, top, in Charlie's Angels Farrah Fawcett, top, in Charlie's Angels Fawcett achieved critical praise and the first of three Emmy Award nominations as a serious actress for her role as a battered wife in the 1984 television movie The Burning Bed. She also won acclaim in the stage and movie version of Extremities, in which she played a rape victim who turns the tables on her attacker. She then played a predatory role in another miniseries, Small Sacrifices, receiving a second Emmy nomination. Her third Emmy nomination came in 2004 for her work in The Guardian. Fawcett has been nominated for several other awards as well a Golden Globe and ACE awards. Fawcett, who steadfastly resisted appearing nude in films or magazines throughout the 1970's and 1980's, caused a major stir by posing nude in the December 1995 issue of Playboy, which became the best-selling issue of the 1990s, with over 4 million copies sold worldwide. At the age of 50, she returned to the pages of Playboy with a pictorial for the July 1997 issue, which also became a top seller. 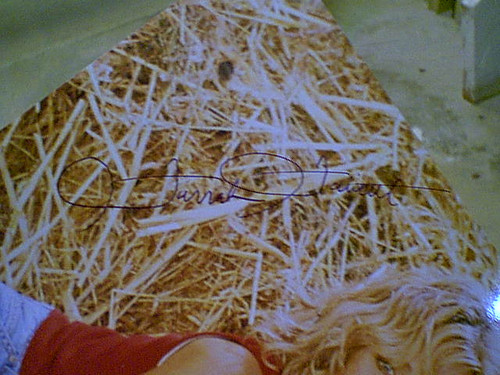