This item is an 8" X 10", black and white photo of the cast of the television series-"F Troop".

F Troop is a satirical American television sitcom Western about U.S. soldiers and Native Americans in the Wild West during the 1860s that originally aired for two seasons on ABC. It debuted in the United States on September 14, 1965, and concluded its run on April 6, 1967, with a total of 65 episodes. The first season of 34 episodes was broadcast in black-and-white, the second season was in color. The series relied heavily on character-based humor, verbal and visual gags, slapstick, physical comedy, and burlesque comedy. The series played fast and loose with historical events and persons, and often parodied them for comical effect.Some indirect references were made to the culture of the 1960s, such as a "Playbrave Club" (a parody of a Playboy Club) and two rock and roll bands (one which performs songs written in the 1960s). The photo has been autographed on the front by Forrest Tucker Larry Storch Ken Berry Melody Patterson...BOTH PHOTO AND AUTOGRAPHS ARE IN EXCELLENT CONDITION. 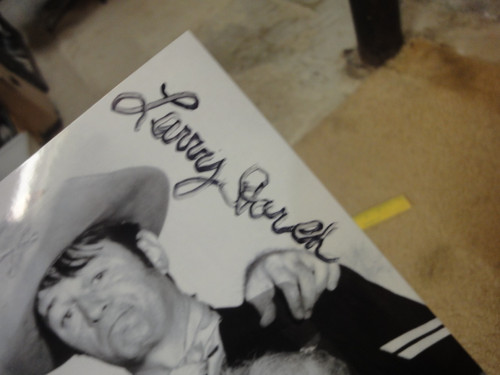