THIS IS AN AUTHENTICALLY AUTOGRAPHED PHOTO BY ERIK ESTRADA.. THIS IS A 7 INCH BY 9 INCH BLACK AND WHITE PHOTO SIGNED BY ERIK ESTRADA. HAS AN ORIGINAL DATED BYLINE ON CBS STATIONARY. CONDITION OF THE PHOTO AND AUTOGRAPH IS VERY GOOD. Henry Enrique "Erik" Estrada[1] (born March 16, 1949) is an American actor, known for his co-starring lead role in the 19771983 United States police television series CHiPs.[2] He later became known for his work in Spanish language telenovelas, and in more recent years, his appearances in reality television shows and infomercials and as a regular voice on the Cartoon Network show Sealab 2021. 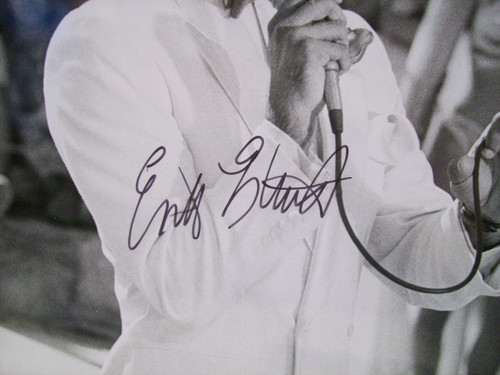