This item is an 8" X 10",black and white photo of actress Barbara Eden.Barbara Eden (born August 23, 1934) is an American film and television actress and singer who is best known for starring as the title role in the sitcom, I Dream of Jeannie.The photo has been autographed on the front by Barbara Eden.................BOTH PHOTO AND AUTOGRAPH ARE IN VERY GOOD CONDITION. 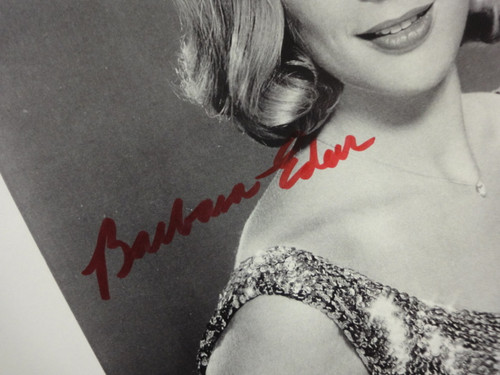