This item is an 8" X 12" color artwork photo of actor Clint Eastwood.

Clinton Eastwood Jr. (born May 31, 1930) is an American actor, film director, producer and composer. After achieving success in the Western TV series Rawhide, he rose to international fame with his role as the "Man with No Name" in Sergio Leone's "Dollars Trilogy" of Spaghetti Westerns during the mid-1960s and as antihero cop Harry Callahan in the five Dirty Harry films throughout the 1970s and 1980s. These roles, among others, have made Eastwood an enduring cultural icon of masculinity. Elected in 1986, Eastwood served for two years as the mayor of Carmel-by-the-Sea, California. An Academy Award nominee for Best Actor, Eastwood won Best Director and Best Picture for his Western film Unforgiven (1992) and his sports drama Million Dollar Baby (2004). His greatest commercial successes are the adventure comedy Every Which Way but Loose (1978) and its action comedy sequel Any Which Way You Can (1980).[8] Other popular Eastwood films include the Westerns Hang 'Em High (1968) and Pale Rider (1985), the action-war film Where Eagles Dare (1968), the prison film Escape from Alcatraz (1979), the war film Heartbreak Ridge (1986), the action film In the Line of Fire (1993), and the romantic drama The Bridges of Madison County (1995). More recent works are Gran Torino (2008), The Mule (2018), and Cry Macho (2021). Since 1967, Eastwood's company Malpaso Productions has produced all but four of his American films. The color artwork photo has been autographed by Clint Eastwood..................BOTH PHOTO AND AUTOGRAPH ARE IN EXCELLENT CONDITION. 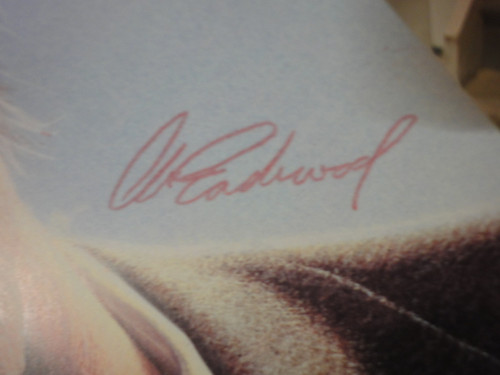