This item is an 11" X 15" page from the New York Sunday News Magazine from November 28, 1948. PLEASE NOTE-this is the page only-there is no complete magazine. The magazine page features a color photo of actor Jimmy Durante.Big-nosed and boisterous, Durante was a vaudeville favorite who remained a hit in the early days of radio and TV. Originally a saloon piano player, he combined his ragged musical talents with a rumpled charm and endless jokes about his nose, a mighty instrument which earned him the nickname "Schnozzola" or just "the Schnoz." The 1935 stage musical Jumbo paired Durante with an elephant and boosted his career; he was a popular guest on the radio shows of stars like Bob Hope and Bing Crosby, and eventually hosted his own shows as well. Durante's dese-and-dose New York accent was much parodied by impressionists of the day. He had a musical hit with the novelty tune "Inka Dinka Doo" and his famous sign-off phrase was "Goodnight, Mrs. Calabash, wherever you are." Extra credit: Durante is the guy who "kicks the bucket" at the start of the 1963 film It's a Mad, Mad, Mad, Mad World... Hotbreath Houlihan, a character from Durante's radio show, was the inspiration for the nickname Hotlips Houlihan in the film and TV sitcom M*A*S*H... Durante narrated the 1960s holiday TV cartoon Frosty the Snowman... The origin of the phrase "Goodnight, Mrs. Calabash" is unknown, and Durante wouldn't say what the funny phrase meant; his first wife died in 1943 and may or may not have been the "Mrs. Calabash" referred to.The magazine photo has been autographed on the front by Jimmy Durante with a fountain pen in black.....BOTH PHOTO AND AUTOGRAPH ARE IN VERY GOOD CONDITION................. 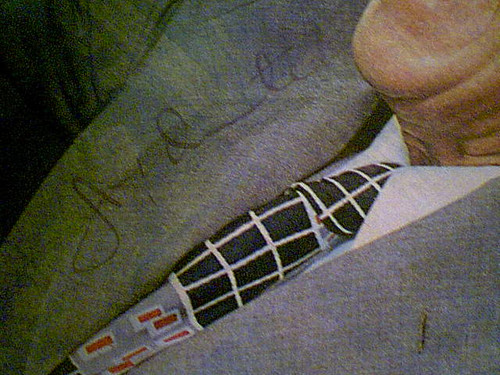