Rolling Stone Magazine/Newspaper-Dec. 28,1978-Jan 11, 1979-Issue No.281/282-124 pages. This vintage Rolling Stone Magazine-which originally sold for $1.25-features a color cover of Richard Dreyfuss plus an article with photos.Richard Stephen Dreyfuss (born October 29, 1947) is an American actor best known for starring in a number of film, television, and theater roles since the late 1960s, including the films American Graffiti, Jaws, Close Encounters of the Third Kind, and The Goodbye Girl.The Rolling Stone has been autographed on the front by Richard Dreyfuss....BOTH ROLLING STONE AND AUTOGRAPH ARE IN VERY GOOD CONDITION. 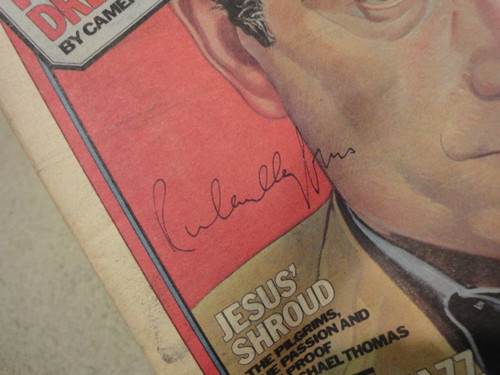