THIS IS AN AUTHENTICALLY AUTOGRAPHED PHOTO BY RICHARD DREYFUSS.. THIS IS A 8 INCH BY 10 INCH BLACK AND WHITE PHOTO BY RICHARD DREYFUSS. CONDITION OF THE PHOTO AND AUTOGRAPH IS VERY GOOD. Richard Stephen Dreyfuss (born October 29, 1947) is an Academy Award-winning American actor, known for starring in a number of films, television and theater roles since the late 1960s. He is probably best known for his roles in Jaws, Close Encounters of the Third Kind, and most recently, the 2008 bio-pic W. as current Vice President of the United States Dick Cheney. 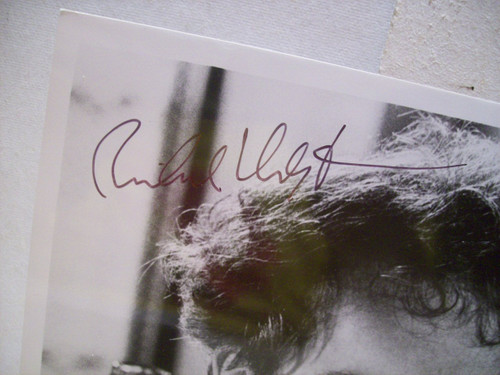