THIS IS AN AUTHENTICALLY AUTOGRAPHED PHOTO BY MICHAEL DOUGLAS... THIS IS A 6 1/2 INCH BY 7 1/2 INCH BLACK AND WHITE PHOTO SIGNED BY MICHAEL DOUGLAS WITH ORIGINAL BYLINE. CONDITION OF THE PHOTO AND AUTOGRAPH IS VERY GOOD. Michael Kirk Douglas (born September 25, 1944) is an American actor and producer, primarily in movies and television. He was awarded with an Emmy, a Golden Globe and two Academy Awards, first as producer of 1975's Best Picture, One Flew Over the Cuckoo's Nest and as Best Actor in 1987 for his role in Wall Street. Douglas received the AFI Life Achievement Award in 2009 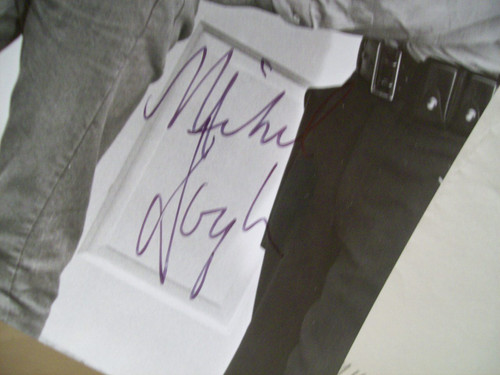