This item is an 8" X 10",black and white photo of Matt Dillon and Gene Hackman in a scene from the 1985 Movie-"Target".Arthur Penn takes a crack at subverting the espionage film genre in Target. Walter Lloyd (Gene Hackman) is a quiet and unassuming lumberyard owner in Dallas, Texas. Chris (Matt Dillon) has dropped out of college to pursue a career as a race car driver. But all mundane tasks come to an end when Walter's wife Donna (Gayle Hunnicutt) is kidnapped while on a European trip. Walter flies to Paris with Chris to see what can be done. Once in Europe, Chris is shocked to discover that his dad was once a top CIA agent. Together, the two visit all of Walter's old CIA contacts in an effort to locate Donna. Finally, Walter discovers that Donna has been kidnapped by a rogue spy seeking revenge for an incident that happened eighteen years earlier. Now Walter must apply his old and vicious CIA tricks to save his wife from an old and vicious CIA operative.The photo has been autographed on the front by Matt Dillon and Gene Hackman.................BOTH PHOTO AND AUTOGRAPHS ARE IN VERY GOOD CONDITION................... 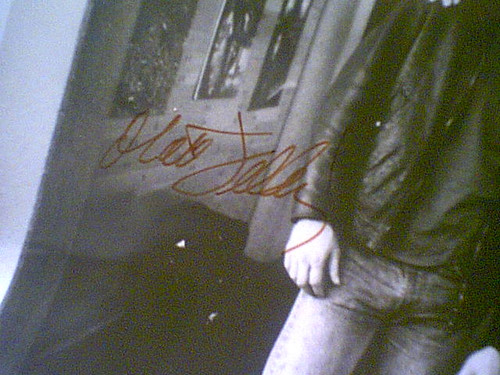