This item is an 8" X 10",black and white photo of Robert DeNiro and Tony Curtis in a scene from the 1976 Movie-"The Last Tycoon".Elia Kazan directed this curiously constipated film adaptation of F. Scott Fitzgerald's unfinished final novel, about Monroe Starr, a brilliant and efficient studio executive (based upon Fitzgerald's experiences with MGM wunderkind Irving Thalberg). Robert De Niro plays Monroe Starr in a cool and detached manner, and as Kazan pans around the Hollywood Dream Factory of the 1930s, Starr juggles several productions, deals with nervous actors and recalcitrant directors, stays afloat in the Hollywood corporate battlefields, and secretly carries on a love affair with an even cooler and more detached English girl, Kathleen Moore (Ingrid Boulting).The photo has been autographed on the front by Robert DeNiro and Tony Curtis...................BOTH PHOTO AND AUTOGRAPHS ARE IN VERY GOOD CONDITION....................... 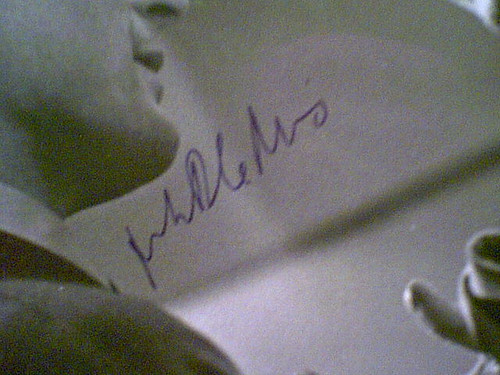