Life Magazine-September 18,144-128 pages. This vintage Life Magazine-which originally sold for ten cents-features a full cover photo of Thomas E. Dewey. The magazine also features a five page article with photos on Thomas Dewey-"The 1944 Campaign Gets Under Way".Thomas Edmund Dewey (March 24, 1902  March 16, 1971) was the Governor of New York (1943-1955) and the unsuccessful Republican candidate for the U.S. Presidency in 1944 and 1948. As a leader of the liberal faction of the Republican party he fought the conservative faction led by Senator Robert A. Taft, and played a major role in nominating Dwight D. Eisenhower for the presidency in 1952. He represented the Northeastern business and professional community that accepted most of the New Deal after 1944. His successor as leader of the liberal Republicans was Nelson A. Rockefeller, who became governor of New York in 1959. The magazine has been autographed on the front cover by Thomas E. Dewey with a fountain pen in black.......................BOTH MAGAZINE AND AUTOGRAPH ARE IN VERY GOOD CONDITION........... 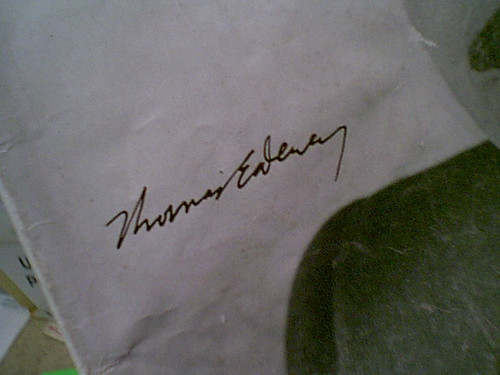