this is an authentically autographed photo by dino de laurentiis... THIS IS A 8 INCH BY 10 INCH BLACK AND WHITE PHOTO SIGNED BY DINO DE LAURENTIIS. CONDITION OF THE PHOTO AND AUTOGRAPH IS VERY GOOD. He was born at Torre Annunziata in the province of Naples, and grew up selling spaghetti produced by his father. A study at the Centro Sperimentale di Cinematografia in Rome was interrupted by the Second World War. Since his first movie, L'ultimo Combattimento, (1940) he has produced nearly 150 movies. In 1946 his company, the Dino de Laurentiis Cinematografica moved into production. In the early years De Laurentiis produced neoclassical art films as Bitter Rice (1946) and the Fellini classics La Strada (1954) Nights of Cabiria (1956), often in collaboration with producer Carlo Ponti. In the 1960s, Dino De Laurentiis built his own studio facilities, although these financially collapsed during the 1970s. During this period though, De Laurentiis produced such films as Kiss the Girls and Make Them Die, an imitation James Bond film, Navajo Joe (1966), a spaghetti western, Anzio (1968), a World War II film, Barbarella (1968) and Danger: Diabolik (1968), both successful comic book adaptations, and The Valachi Papers made to coincide with the popularity of The Godfather. In the 1970s, De Laurentiis relocated to the USA where he set up studios, eventually creating his own studio De Laurentiis Entertainment Group (DEG) based in Wilmington, North Carolina; the building of the studio quickly made Wilmington one of the busiest centers of American film and television production. During this period De Laurentiis made a number of successful and acclaimed films, including The Scientific Cardplayer (1972), Serpico (1973), Death Wish (1974), Mandingo (1975), Three Days of the Condor (1975), The Shootist (1976), Ingmar Bergman's The Serpent's Egg (1977), Ragtime (1981), and Conan the Barbarian (1982). It is for his more infamous productions that De Laurentiis's name has become known - the legendary King Kong (1976) remake, which was a commercial hit, Lipstick, the killer whale film Orca (1977); The White Buffalo (1977); the disaster movie Hurricane (1979); the remake of Flash Gordon (1980); Halloween II (the 1981 sequel to John Carpenter's 1978 classic horror film); David Lynch's Dune (1984) and Blue Velvet (1986); and King Kong Lives (1986). De Laurentiis also made several adaptations of Stephen King's works during this time, including The Dead Zone (1983), Cat's Eye (1985), Silver Bullet (1985) and Maximum Overdrive (1986); Army of Darkness (1992) was produced jointly by De Laurentiis, Robert Tapert and the movie's star Bruce Campbell. They distributed the animated Transformers movie. De Laurentiis also produced the first Hannibal Lecter film Manhunter (1986). He passed on adapting Thomas Harris's sequel, The Silence of the Lambs, but produced the two follow-ups, Hannibal (2001) and Red Dragon (2002), a remake of Manhunter. He also produced Hannibal Rising (2007), which tells the story of how Hannibal becomes a serial killer. In his later choice of stories he displayed a strong preference for adaptations of successful books, especially sweeping classics like The Bible: In the Beginning (1966), Barabbas (1961), or Dune (1984). In 2001 he received the Irving G. Thalberg Memorial Award from the Academy of Motion Picture Arts and Sciences. 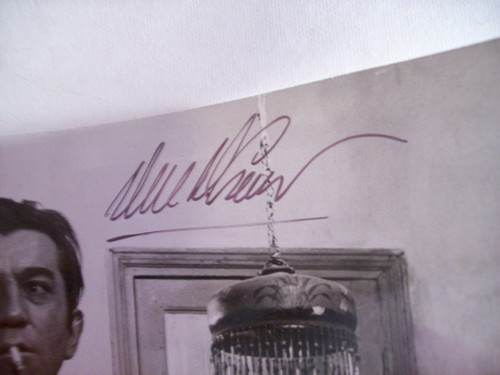