"Nick Of Time"-Paramount 33041-Widescreen Edition-Color-Laserdisc-Laser Disc-Sealed.John Christopher "Johnny" Depp II (born June 9, 1963)[2] is an American actor, producer and musician. He has won the Golden Globe Award and Screen Actors Guild award for Best Actor. Depp rose to prominence on the 1980s television series 21 Jump Street, becoming a teen idol. Dissatisfied with that status, Depp turned to film for more challenging roles; he played the title character of Edward Scissorhands (1990) and later found box office success in films such as Sleepy Hollow (1999), Charlie and the Chocolate Factory (2005), Rango (2011) and the Pirates of the Caribbean film series (2003present). He has collaborated with director and friend Tim Burton in eight films through Dark Shadows (2012).......Nick of Time, starring Johnny Depp, Christopher Walken, Charles S. Dutton and Courtney Chase, is a 1995 thriller film. It was directed by John Badham. It is noteworthy for taking place in real time.A piece of shrink wrap has been removed from the front cover and the laserdisc has been autographed there by Johnny Depp..............CONDITION OF LASERDISC IS STILL SEALED.CONDITION OF AUTOGRAPH IS EXCELLENT. 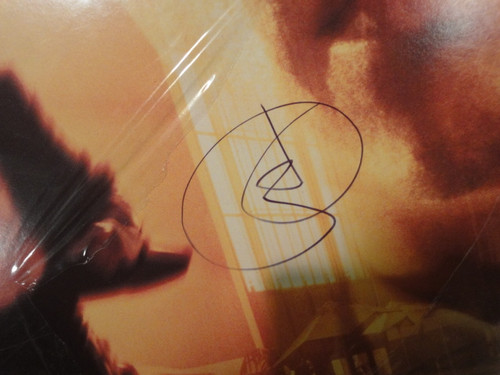