THIS IS AN AUTHENTICALLY AUTOGRAPHED PHOTO BY WILLEM DAFOE AND GREGORY HINES.. THIS IS A 7 INCH BY 10 INCH BLACK AND WHITE PHOTO SIGNED BY WILLEM DAFOE AND GREGORY HINES. CONDITION OF THE PHOTO AND AUTOGRAPHS IS VERY GOOD. Although set during the war, the tale is more of a mystery than a story about the war. Buck McGriff (Dafoe) and Albaby Perkins (Hines) are two CID agents on duty in war torn Saigon. When a prostitute is found murdered they discover that a high ranking military man may be the murderer and also the father of the dead girl's child. After investigations lead them to Col. Dexter Armstong (Scott Glenn) who rules himself out of inquiries in a most convincing manner. With the help of a French nun Sister Nicole (Amanda Pays) and their Sergeant Dix (Fred Ward) they finally close in on their target, although their inquries end up with them nearly being sent home. The film marks Willem Dafoe's second Vietnam War movie. He had previously starred in Platoon and would go on to play a role in Born on the Fourth of July. 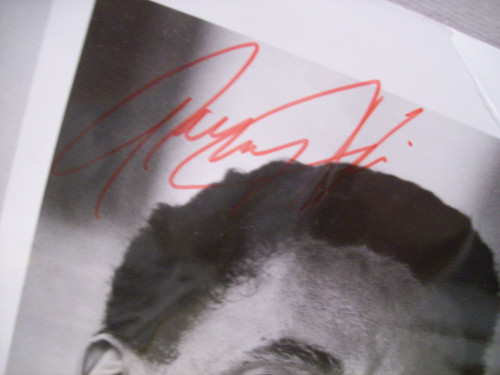