Mac Davis-1978-20 pages-9" X 12"-concert program.At his commercial peak in the mid-'70s, Mac Davis was one of America's most popular entertainers, a countrypolitan-styled singer and actor who found considerable success in both fields. Born Scott Davis on January 21, 1942, in Buddy Holly's hometown of Lubbock, TX, he began performing in local rock groups while still in his teens. After moving to Georgia, Davis first broke into the music business in 1962, when he was hired by the Chicago-based record label Vee-Jay as their Atlanta-based regional manager. After joining the Liberty label three years later, in 1967 he moved to Los Angeles to head the company's publishing arm, Metric Music; in addition to running Metric's day-to-day operations, he also began composing his own songs, with Glen Campbell, Bobby Goldsboro, Lou Rawls, and Kenny Rogers & the First Edition among the artists recording his work.The concert program has been autographed on the front cover by Mac Davis...........BOTH CONCERT PROGRAM AND AUTOGRAPH ARE IN VERY GOOD CONDITION. 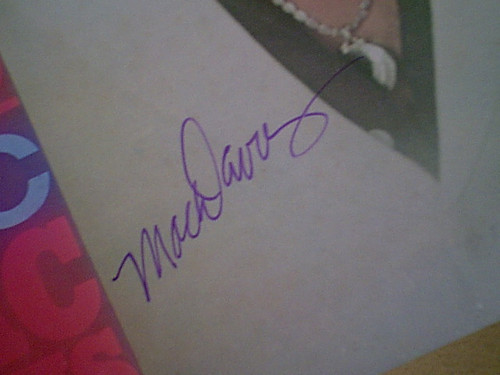