Clifton Davis Signed Autographed Color Photo. Clifton Duncan Davis (born October 4, 1945) is an American actor, songwriter and minister. He has appeared on the television shows as A World Apart, That's My Mama and Amen. Davis also wrote several hits for The Jackson 5, including "Never Can Say Goodbye" and "Lookin' Through the Windows". Photo has been signed on the front and back by Clifton Davis. Photo and autographs are in very good condition! 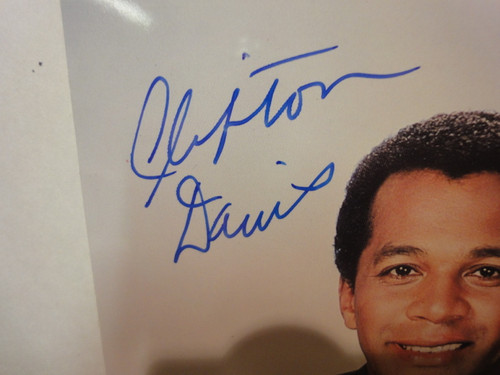