This is an authentically autographed photo by Robert Culp.. This is a 8 inch by 10 inch black and white photo signed by Robert Culp, condition of the photo and autograph is VERY GOOD. Robert Martin Culp (August 16, 1930 – March 24, 2010) was an American actor, scriptwriter and director, widely known for his work in television. Culp earned an international reputation for his role as Kelly Robinson on I Spy (1965–1968), the espionage series, where he and co-star Bill Cosby played a pair of secret agents.[1] 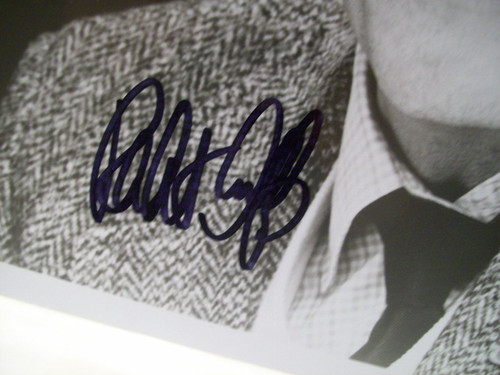