This item is a press kit features the 1988 Movie-"Tapeheads" starring John Cusack and Tim Robbins. This press kit was a promotional item only and was distributed to movie theatre owners and members of The Press. The press kit was not available for retail sale. The press kit consists of a 9" X 12" folder. The folder contains 8-8" X 10",black and white photos of scenes from the movie.In this high-energy satire of the music biz, Ivan Alexov (John Cusack) and Josh Tager (Tim Robbins) lose their jobs as security guards, and they decide to start their own video production company. Their first gigs are less than inspiring, including a rappin' commercial for a chicken-and-waffle place, a living will, and a right-wing Presidential-hopeful's (Clu Gulager) gala dinner. Eventually, they get to direct a heavy-metal music video which becomes a huge surprise success. But now the politician needs to get back a private videotape from the boys, and the Secret Service is put on their trail. This chaotic romp has cameos from more music celebs than you can shake a tape reel at, as well as a hopping little soundtrack by Fishbone. This is also the film that introduced a conservative folksinger/politician character who later got his own movie, Bob Roberts.The press kit has been autographed on the front by John Cusack and Tim Robbins....CONDITION OF PRESS KIT,PHOTOS AND AUTOGRAPHS IS VERY GOOD. 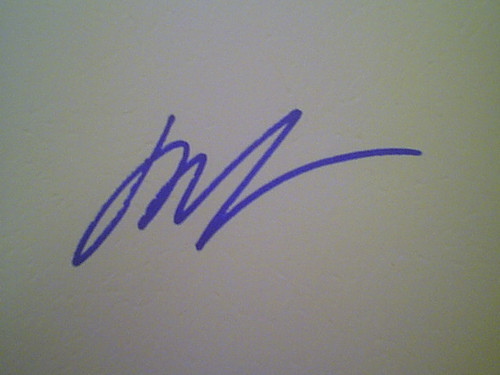