TV Guide Magazine-July 28,1962. This vintage TV Guide Magazine-which originally sold for fifteen cents-features a color cover photo of TV Game Show Host-Bill Cullen.William Lawrence Francis "Bill" Cullen (February 18, 1920  July 7, 1990) was an American radio and television personality whose career spanned five decades. He was best known for television game shows, having hosted multiple series (including the original The Price Is Right, the syndicated The $25,000 Pyramid, and Blockbusters) and served as a panelist on I've Got a Secret and To Tell the Truth.The TV Guide Magazine has been autographed on the front cover by Bill Cullen.................BOTH MAGAZINE AND AUTOGRAPH ARE IN VERY GOOD CONDITION................. 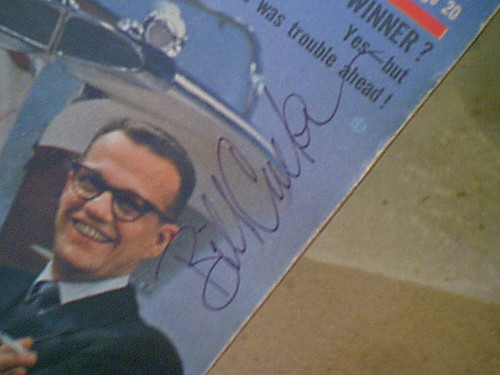